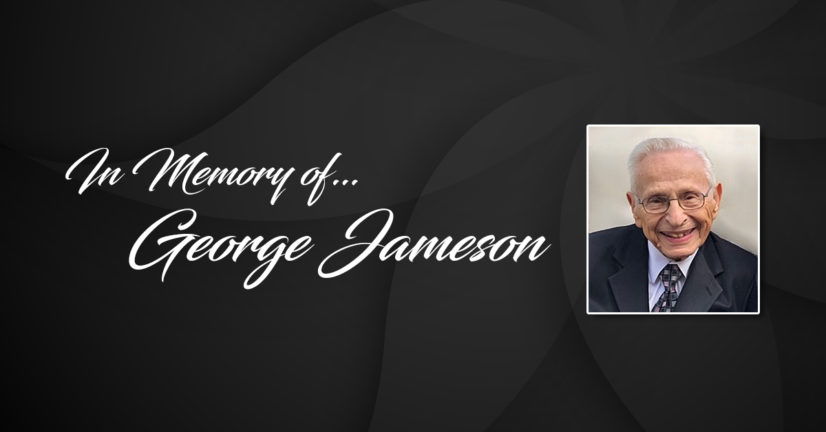 Foursquare Missions Press has lost one of its greatest advocates and supporters, Rev. George Jameson.

It was George’s tireless efforts and generous support early in the life of the Press that helped sustain and prosper the ministry in a critical time. He continued his effective advocacy until the time of his death.

George’s love of the gospel guided his entire life, whether as a pastor or businessman. His grandfather, Costas Athens, was a missionary and established the first Foursquare church in Greece. With wife, Jackie, he successfully balanced family with ministry, preaching the gospel for nearly 70 years. The Jameson legacy lives on through their son, Larry, who along with his wife, Debbie, pastors in Paramount, CA and serves on the board of Foursquare Missions Press.

Please join the staff and volunteers of FMP in giving thanks to God for this exceptional man of God, and in praying for his wife, Jackie, and the entire Jameson family.

P.S. The Jameson family has requested that, in lieu of flowers, contributions in George’s memory be given to Foursquare Missions Press. (click here)

P.P.S. Please scroll down to see a snapshot of the life of George Jameson.

A Brief Timeline of the Life of George Jameson

Send this to a friend